5 years ago, on November 2013 we released 6.0.0.Final, that included the first version of the Workbench. It has been a long journey so far, but today we’re announcing that we’re retiring the Workbench brand and officially adopting Business Central as the new brand!

The KIE group has been developing web tooling for more than a decade now. The first public release that shipped a browser based tool was 5.0.1 (May of 2009), but its R&D started way before that.

The first experiments of a web-based tool to manage a central repository for business rules that provided an intuitive user interface to create and package rules started back in September 2006 as jbrms. After a couple of years, it was renamed to Guvnor, and this is the name that would become known as the official name of our first web tooling. 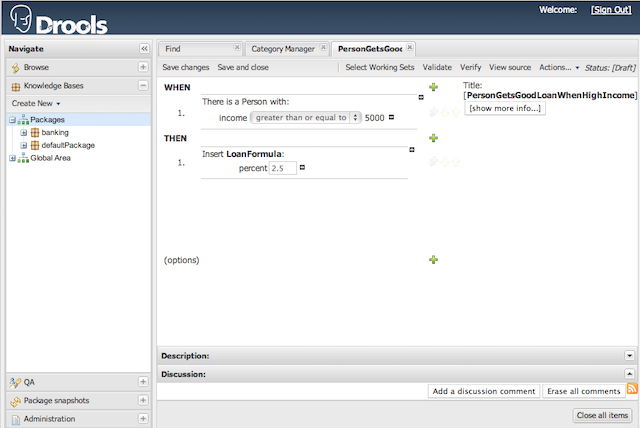 The next generation that became known as Workbench started its R&D in May of 2012 with multiple goals and challenges that could be summarized in the following major two key points: 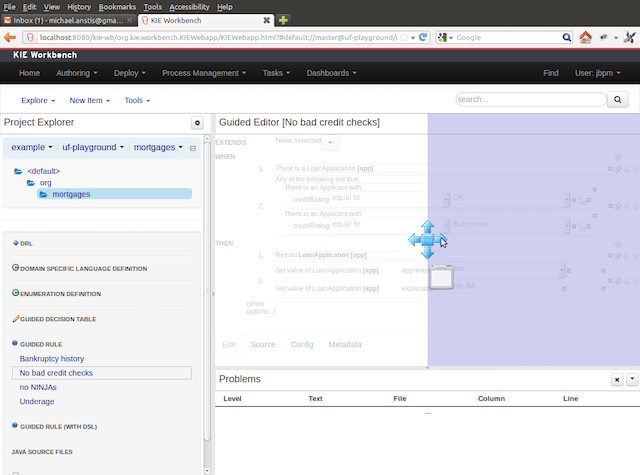 If you’re feeling nostalgic, you can play this video, and get back to May of 2013, a few months before the release. But if you have time, and want to see how our fresh released second generation looked like in practice, you have a full playlist.

The Workbench has been distributed in two flavors: KIE Drools Workbench and KIE Workbench. Initially, the KIE Workbench used to be shipped with an embedded jBPM engine, what made the distributions significantly different. However, with the KIE-Server release and the engine unification, the embedded jBPM engine was removed from Workbench, and the differences between the two distros became just a matter of show/hide some user interface items.

It’s also clear that the current Workbench has very little in common with its original format. Over the years it not only get more polished and stable, but the target audience has evolved from a developer focused to a collaborative platform between practitioners and developers.

Based on the above facts and also looking for a more concise branding strategy a decision was made: unify the distributions and re-brand it as Business Central!

So what’s in the new name? The major positive impact is that we have now a single distribution and terminology to reference the KIE group web tooling, that also unifies the product and community terminology.

Here’s a quick walkthrough of the changes you’ll see in the new Business Central:

By default Business Central bootstrap with all the features enabled, that includes Drools, OptaPlanner, and jBPM. However, for those that are not taking advantage of our jBPM engine, we provide in settings a Profiles option that allows admins to adjust Business Central to display only the relevant profile to your needs.

The default profile can be also be defined in the startup using the org.kie.workbench.profile environment variable with the following possible values:

The main difference between the "FORCE_" values is that it will hide the settings configuration, forcing the chosen profile.

After five years, the KIE group has decided that was time to retire the Workbench brand. Our web tooling evolved quite a lot and the use of the word Workbench, a common term for developers, didn’t reflect the current state of it.

The consolidation and re-branding to Business Central aims to provide a clear message about its targeted audience with a concise communication strategy. If you’re interested in giving it a try, Business Central is available to download today!